There was a time when people would disappear for real.

I mean seclude themselves willingly. Lock themselves away from the noise of their lives and disappear within.

You probably know of someone, if you aren't that someone.

Vipassana and cabin retreats aren't exactly new... those dopamine detoxes where you're utterly cut off from the world with nothing more than a calming view, a good book - fuck it maybe a shaman - but those are generally for the few, those privileged enough to realise that time away from impulse has value, as opposed to the kind of vacation you collapse into.

As for me? Well I aspire to such things, but they're not for me: I reckon I could last about 40 minutes without a smartphone, after which the number of incomplete tasks and unsent tweets would simply dessicate my brain. Like the button in Lost, it absolutely must be pressed.

But there’s a history of solipsism that runs in my family. My grandfather used to spend time out in the forest on spiritual retreats. 40 days and nights in isolation communing with god, prophets, unseen spirits, one of whom allegedly came home to help with the housework.

(The story went that this friendly jinn, an upstanding member of his own community, would hang out at their house, helping with household chores and dishing out morsels of knowledge from the future, and eventually left when - poltergeisting his way around the kitchen - he surprised and scared the shit out of my grandmother for the last time.)

This kind of weirdness tends to emerge from isolation.

When I started writing this, a lone man killed Shinzo Abe with a shotgun he made himself. Japan occasionally startles us out of our cosy stereotypes of it as a safe place. At school a classmate's sister went missing in Tokyo; only to be discovered later, murdered by a serial killer.

It shouldn't be so surprising: Japan cultivated hikkikomori, secluded youngsters, usually male, who find solace in their obsessions. The kind of people who spend enough time outside society that they start to see it in a different way, and come to different conclusions. One minute they're reading the Unabomber Manifesto, the next minute they're thinking maybe Ted Kaczynski should be a free man.

I've been gone, but that's not me.

No, I'm easy. I like to think I'm just a low-maintenance friend. The occasions I see you, we'll pick up where we left off, the intervening time sustained only through the exchange of dumb memes and cat videos, and frequent but unsuccessful promises to meet soon.

But even I drift sometimes to the point where I'll intermittently get calls from friends seeking proof of life.

Oh yeah, me too, I'll say, with every intention.

I used to write, a lot - fictional universes, the characters whispering at me during my working day, spelling out to me weird little life decisions and lines they could say, and there would be times when I'd prefer to spend my evenings in the imaginary world of my mind than life itself, with all its quirks and disappointments.

Oh yeah, I'd say, I'd love to see you too, but only mean it when I got there.

Having found both sides so compelling, I've come to find how solitude is a gift and a spiral.

That the choice to be alone isn't simply a chance for quiet. It's the option to explore the depths and forget about air. Choose something that can feel like an alternative to what most people call life.

Anyway. It's been a minute since I wrote.

Sorry I was dead. 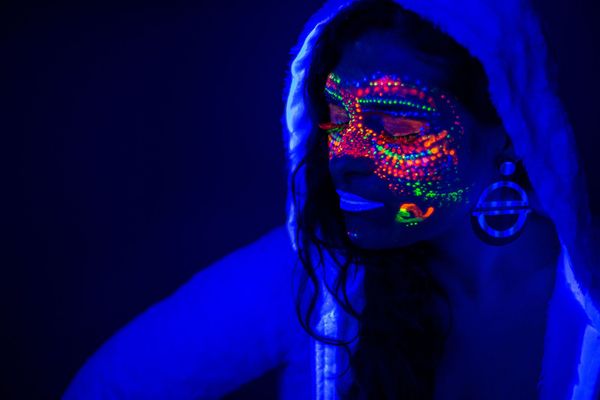 Magic is more than mushrooms.

The PTSD of places

Don't eat the rich. Just get them to buy lunch.